“Well, my grandchildren were over and it’s something about a pornography virus,” says the soft voice of an elderly woman over the phone. “I unplugged my computer right away,” she continues, and after she explains her worries in a little more detail, a female voice on the other end of the line replies, “That’s all right. Don’t worry, let me assist you with this. And may I know, is that a desktop or a laptop?” The PC has apparently been hacked, as confirmed by allowing the support team remote access, but resolving this comes at a cost. Nearly two hours and 20 minutes — and several transfers between call center staff — later, Kitboga drops the vulnerable-old-lady act.

“Can I be honest with you a second. I’m not actually a grandma,” Kitboga says as he turns off his speech manipulator and begins talking in his normal, male voice. “I’m probably your age,” he admits to the woman currently on the call, “and I’ve known the whole time that this was a scam. And the lengths that you went through to try to take advantage of her are … it breaks my heart.” By “her,” of course, he’s talking about the elderly woman the call center workers think they’ve been passing around. “I’m angry, but I’m trying really hard to just be honest and nice with you,” he says. A few words into the next sentence, the scammer hangs up. And to think, 40 minutes earlier they were singing Sia’s song “Cheap Thrills” to each other over the phone.

Scams come in many forms. Sometimes it’s a cold caller claiming to be a government employee. You owe the IRS money for unpaid taxes, they say, and will face criminal charges if you don’t pay immediately. Another, relatively new confidence trick preys on the allure of cheaper airfare. (For the record, a legitimate American Airlines agent won’t accept Google Play or Steam credit as payment.) Tech support scams are one of the easiest to stumble across. A pop-up will scare you into believing your computer has been hacked or infected, and provide a number for a Microsoft technical support center. There is no virus, of course, and the person on the other end of the line has no Microsoft affiliation. They will fix the entirely fabricated problem with your computer, though, for a fee.

It’s impossible to know exactly how much money tech support scams bring in. Microsoft estimated in 2015 that in America alone, 3.3 million people would be defrauded that year, to the tune of $1.5 billion. This April, the company said it had received 153,000 reports worldwide regarding support scams in 2017, up 24 percent from the previous year. Victims of these scams weren’t taken for insignificant amounts, either, often paying between $200 and $400 to peace-of-mind peddlers. You may think the call centers, the vast majority of which operate from India, prey primarily on elderly and vulnerable people. But a Microsoft survey in 2016 found that millennials were actually the generation most likely to be duped. So much for growing up on the cusp of the internet age, it seems. Being generally tech-savvy doesn’t mean you can’t get got. 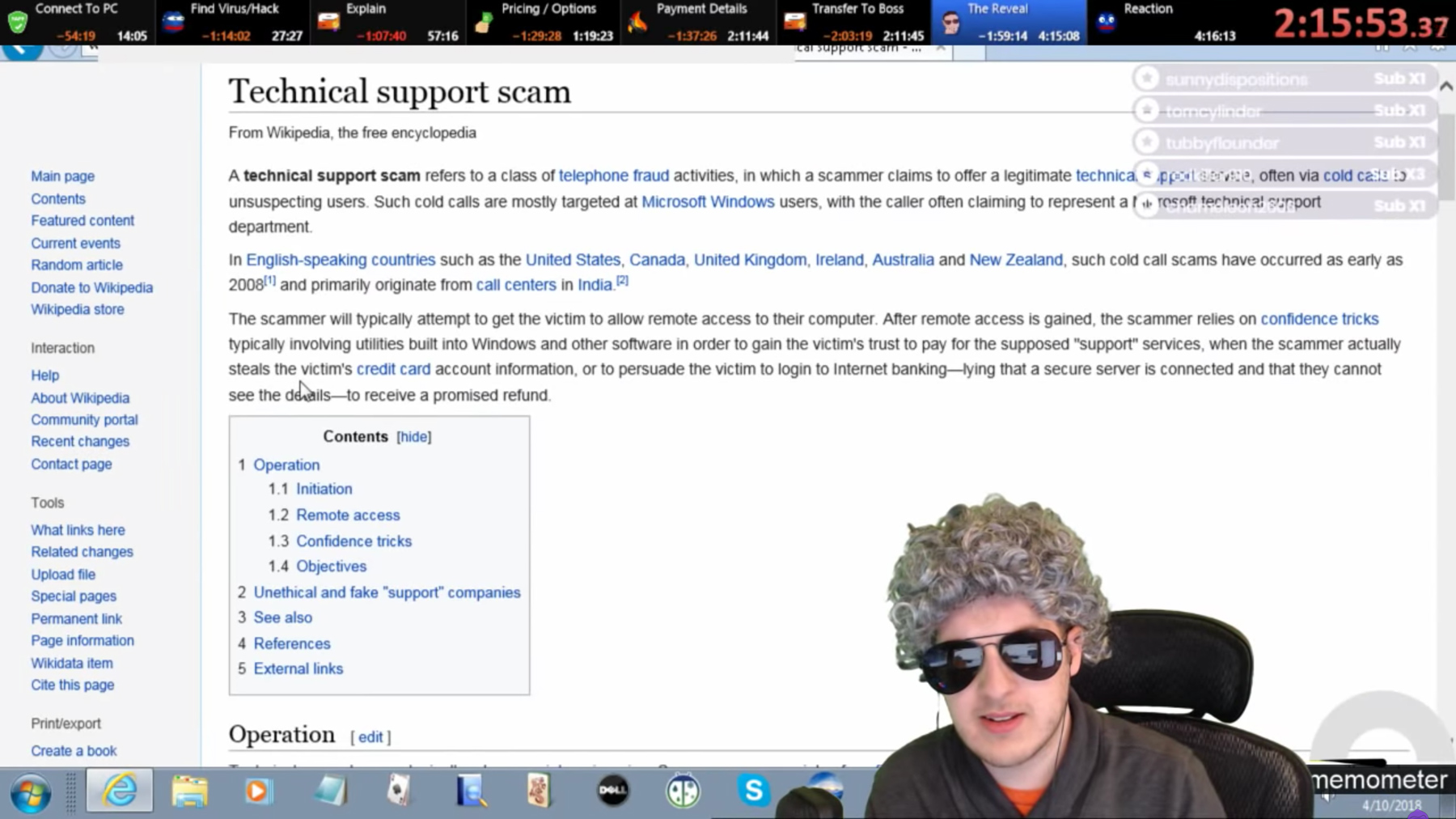 But just as there are scammers, so there are scam baiters. These real-life vigilantes make it their business to deceive the deceivers. A common strategy is to simply call fraudulent support lines and waste as much of their time as possible before the person on the other end realizes they’rethe one being tricked. Every minute spent with a scam baiter is a minute that call center worker isn’t spending with someone who might be talked into paying up.

Some scam baiters take it further. Part of the fake support routine is to talk the caller through granting remote access to their machine. The caller can then see the “expert” fiddling with their computer, pretending to run diagnostics to make the whole pantomime look legitimate. Few, if any, of these call center workers are genuinely computer literate, though. In the most extreme cases, scam baiters use this to their advantage, hijacking the remote connection or provoking the scammer into running a file that allows them to hack and infect the scammer’s computer and/or wider network. Read More>>>

Alex Smith - The IRS only has til Friday to send your $600 stimulus check. What you need to know

Pat - Read this before you apply for a personal loan