Amazon may soon be adding a feature consumers have wanted for years: collaborative wish lists. A number of people using Amazon.com and its mobile app recently spotted the option to “invite others” to their wish lists. This offers a URL that can be shared via text messages, email, social apps and more. Once clicked, the invitees can then both add and remove wish list items, alongside the wish list’s original owner. 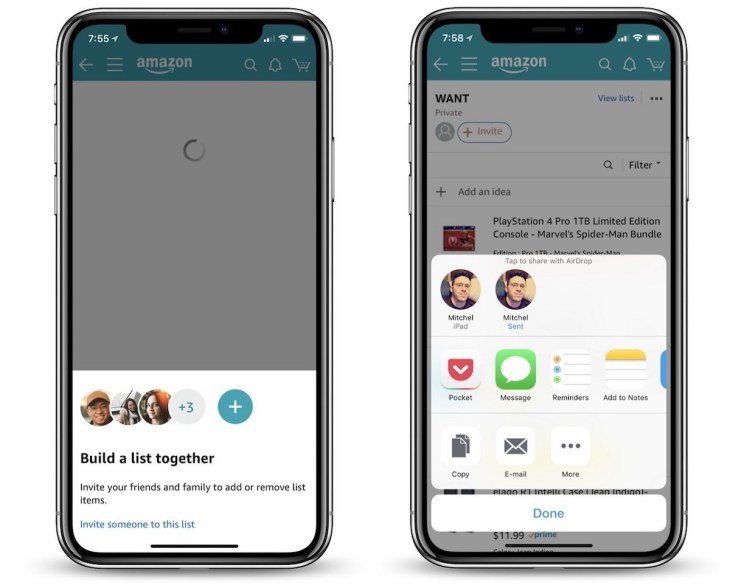 The feature, while relatively minor, is something Amazon shoppers have been clamoring for. Parents want to be able to co-manage wish lists for their kids, while others – like friends, couples, party planners, family and friends – have also wanted to team up on lists of gift ideas for special occasions, such as birthdays, holidays, and various celebrations.

But there’s been some confusion over whether the feature was something Amazon was only testing, or if it was in the early stages of a rollout to all users.

Amazon declined to comment on its plans specifically, but did tell us this is a test with a “small number of customers.”

As one report from MacRumors noted, there are some Wish List features not everyone has, even if they’ve been opted in to the new collaborative lists test. For instance, some people will also see a conversation icon on the right side of the list’s page that allows list members to discuss items on the list with one another. Another ellipsis icon lets the original list creator manage the list’s membership.

So far, the feature has been spotted on the Amazon.com desktop and mobile website, and on iOS but not Android. It’s common for Amazon to launch new features on iOS first, however. That’s the case with the recent debut of Part Finder, which has launched publicly, but only on iOS to start.